does your child need a doctor right now? 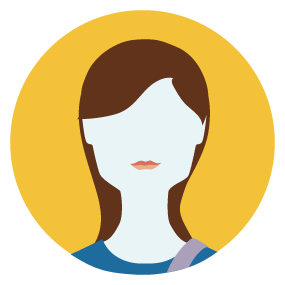 Having three kids under the age of six is quite exciting. We never have a dull moment in our house and often have injuries and illnesses that need to be tended to by a doctor. I have learned a lot over the past six years about when a child needs to be seen by a doctor immediately and when certain things can wait until their regular pediatrician is available. I created this blog to help other parents learn about the injuries and illnesses that their children may experience when a doctor isn't available to take a child to whenever these things happen.

If you are the parent of a teenager who is suffering from depression and typical antidepressant medication has been unsuccessful, it's crucial that you are aware that teen suicide rates increased exponentially in the decade from 2007 to 2017. While depression doesn't always lead to suicidal ideation, major depressive episodes are a leading risk factor, which is particularly worrisome for parents of teens with treatment-resistant depression.

Fortunately, there is a new treatment alternative. It's called ketamine therapy. Here's what you need to know.

According to the National Institutes of Health published research, ketamine has been found to be effective in reducing suicidal ideation in emergent settings, as well as in inpatient and outpatient treatments where time is of essence. However, although the study also finds that the antisuicidal response to the medication is profound and rapid, the effect doesn't last long. Researchers found that immediate effects last anywhere from one day to one week. But again, time is of the essence when it comes to a major depressive episode with suicidal ideation. The good news is that ketamine therapy can be continued for depression.

Ketamine Is Different From Antidepressants

Although ketamine is used to treat depression, it is different from antidepressants. Antidepressants work by regulating serotonin, which is the chemical in the brain that contributes to feelings of happiness and well-being. Ketamine instead controls glutamate, which is a neurotransmitter that neurons use to connect and communicate. These crucial connections are lost when someone is depressed and/or stressed. So regenerating these connections with ketamine helps to improve depression, and in turn, reduces the risk of major depressive episodes bringing on suicidal ideation.

Ketamine Is an Option for Treatment-Resistant Depression

Because of the way ketamine works differently from antidepressants, it's a good option for those who have not been treated successfully with antidepressants. However, since ketamine is newly-approved by the FDA, its long-term effects aren't fully known, whether taken for a brief period of a longer period. On the other hand, the long-term effects of suicide are permanent, and suicidal ideation and/or major depressive disorder can have a lasting impact on the life of your teenager as well as on the entire family.

Weighing the risks and benefits is always important when it comes to any medical or mental health condition. Speak with your teen's mental health providers or a clinic like Life Tree Psychiatry for more information on ketamine therapy for their treatment-resistant depression.